A parabel about the elderly people. 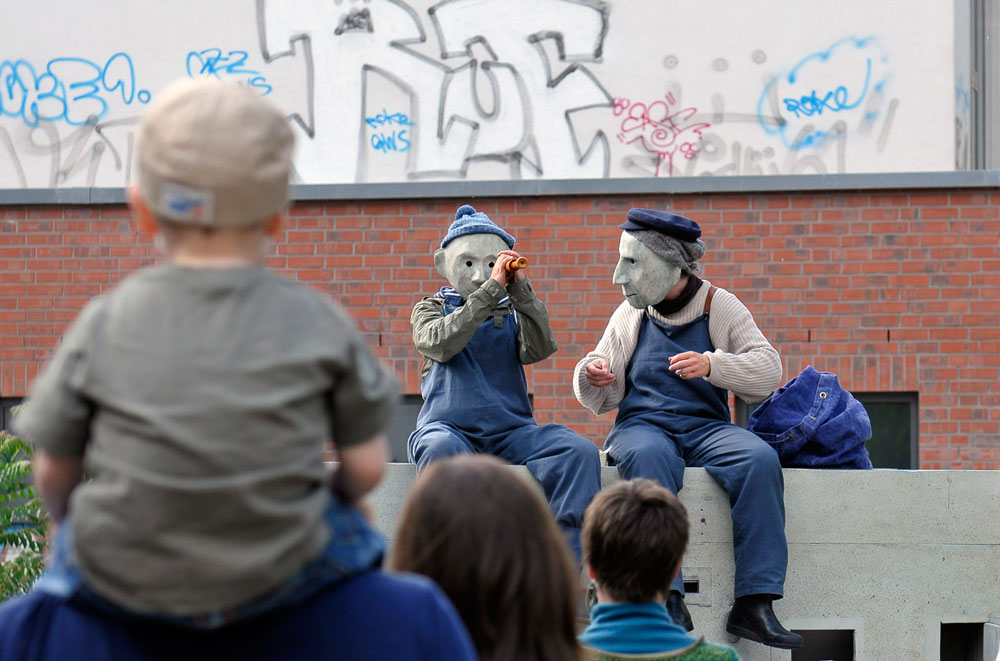 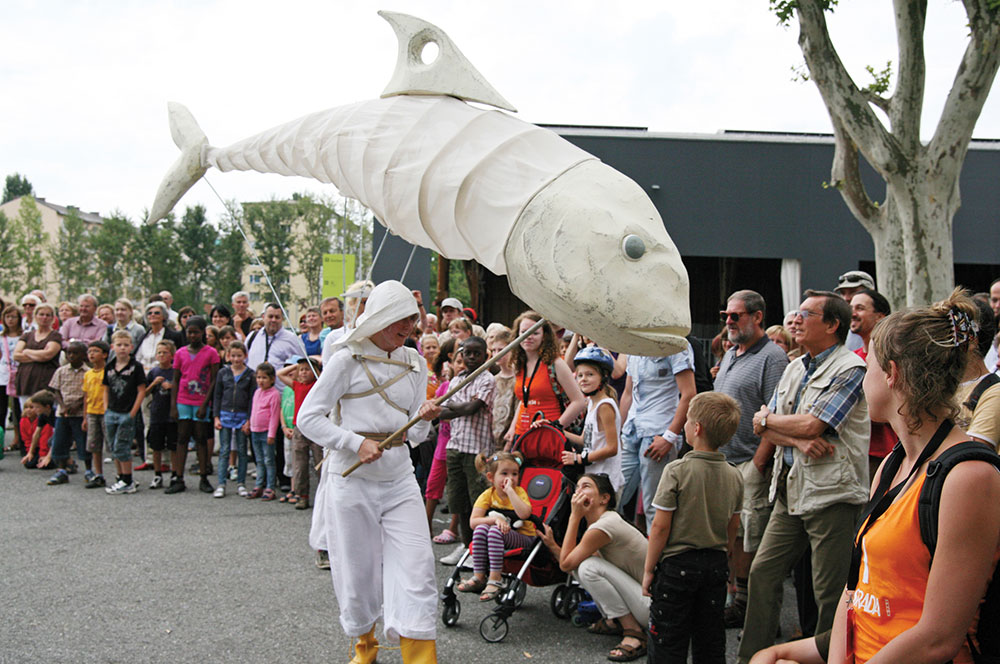 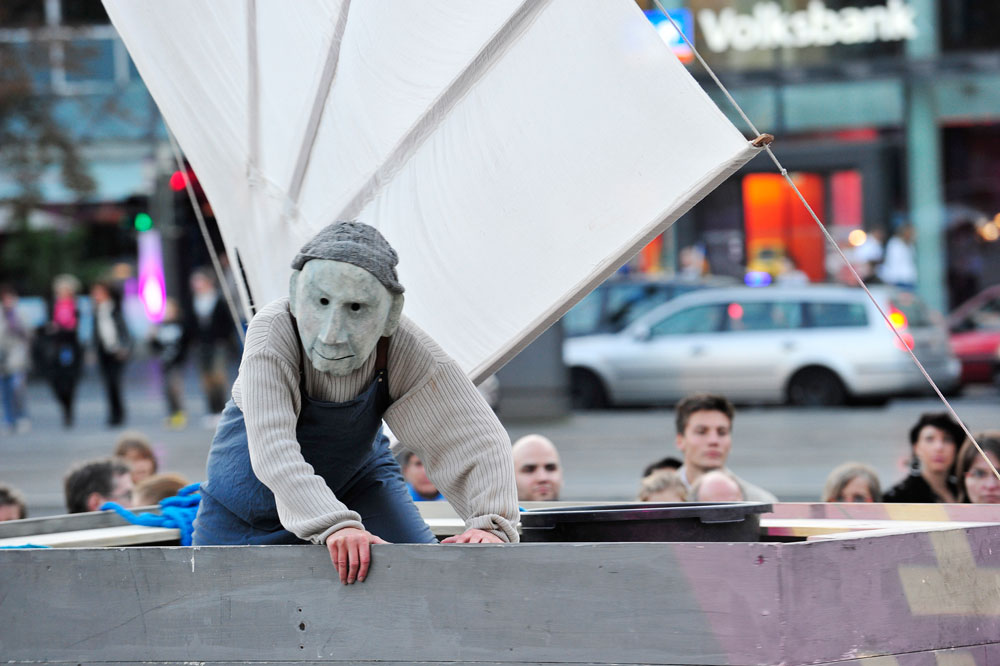 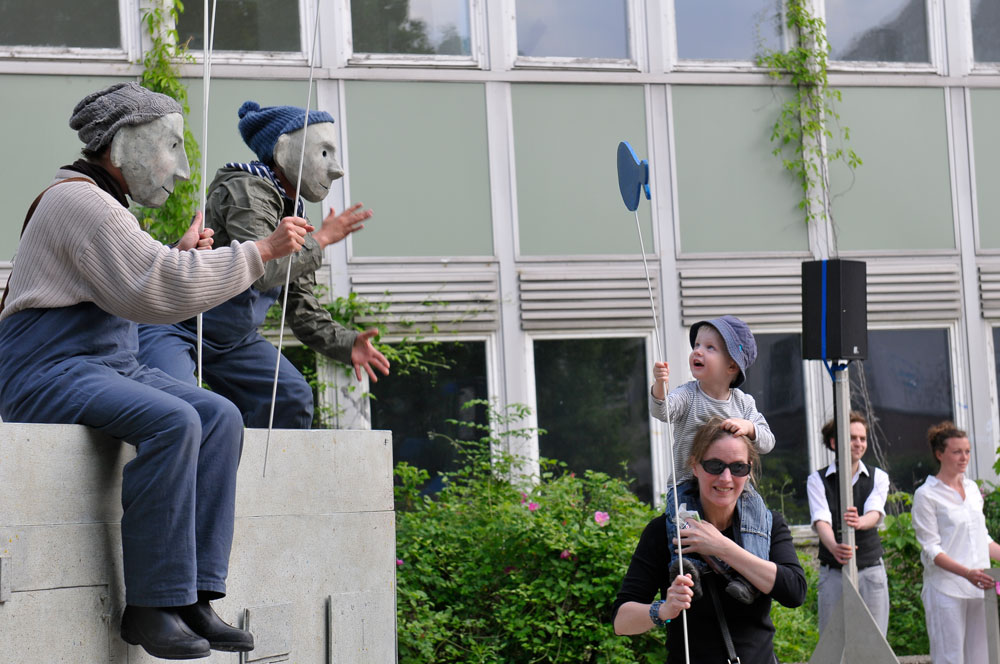 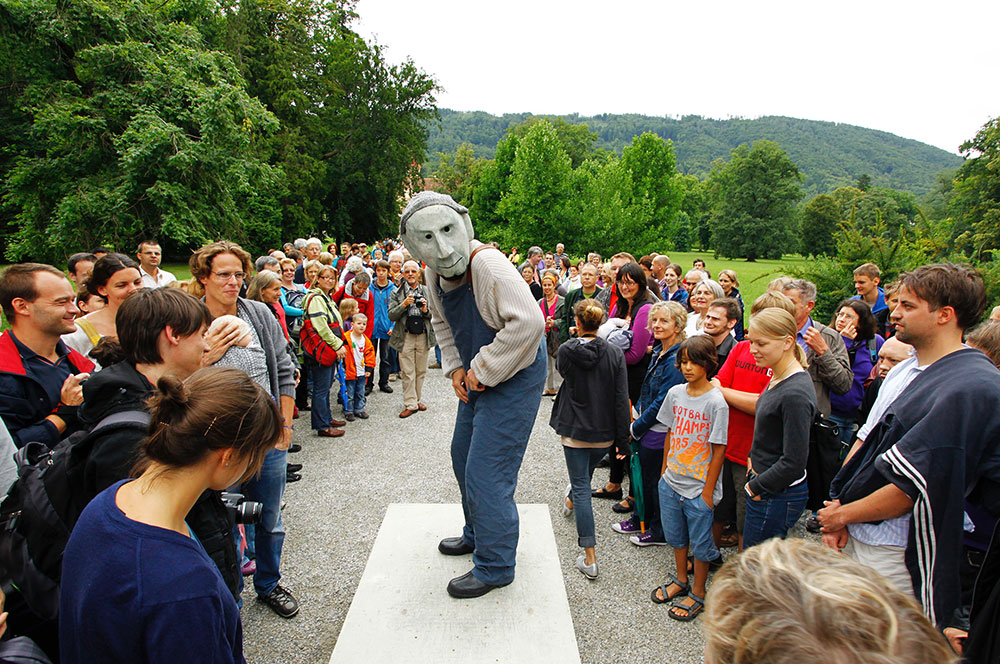 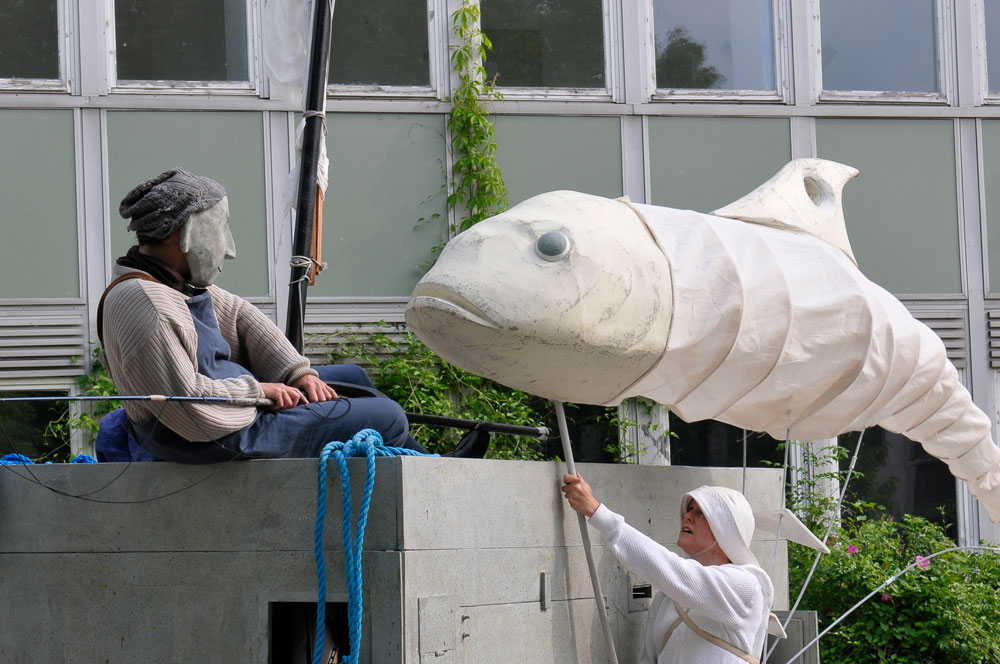 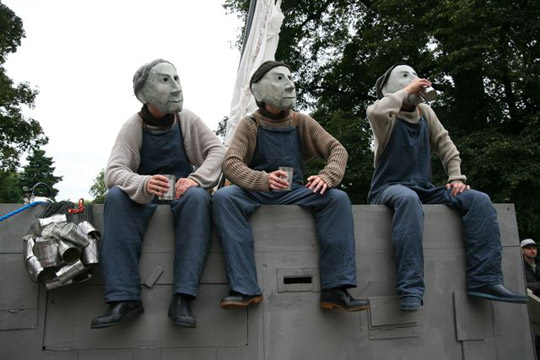 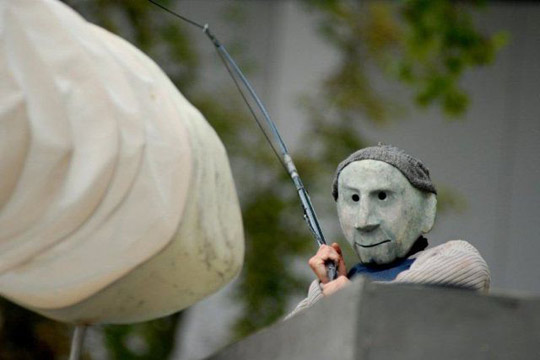 Through the poetry of visual theatre, the trials and beauty of old age are set in short scenes as the production proceeds through the streets. An old fisherman embarks on his greatest journey, perhaps his last. Along the way, he encounters schools of fish, a sea of people and an unexpected, massive catch.

Interview collages from people who have lived a long time become the thoughts and reflections of the old fisherman in the story. The narrative is derived from personal testimonies.

At the end, the audience is invited to explore an installation: read texts, listen to individual interviews, look at photographs collected from interviewees and drink a cup of coffee... and perhaps have a chat with the old fisherman himself.

"Sky in sight" is a production of TheatreFragile.

The world premiere took place in 2010 at the European Street Theatre Festival in Detmold, Germany.